Everything you need to know about cystic fibrosis 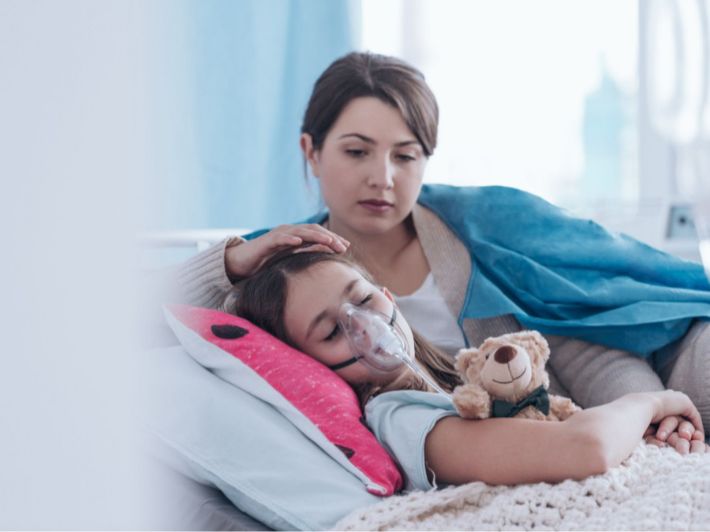 What is cystic fibrosis?

Cystic fibrosis is defined as a genetic health condition that results from a defect or mutation in the gene responsible for the movement of water and salt in and out of cells, a gene (CFTR), which leads to the accumulation of thick mucus and sticky in the passages of the body, especially the lungs and digestive system, which in turn causes lung infections, problems and disorders in the digestion of food.

Is cystic fibrosis an inherited condition?

✅ The main risk factor for cystic fibrosis is genetics.

To diagnose cystic fibrosis, the doctor usually performs a physical examination of the injured person and checks for symptoms, in addition to various diagnostic tests, and here is an explanation of this:

Diagnosis of the newborn

To diagnose cystic fibrosis in newborns, the doctor takes a blood sample to check the levels of a chemical called immune trypsinogen (IRT) that is released by the pancreas. Other tests are needed to confirm the diagnosis of cystic fibrosis.

Diagnosis of the baby

A doctor can use a sweat test to diagnose cystic fibrosis in a baby as soon as they reach two weeks of age. To do this, the doctor places a sweat-producing chemical on a small area of ​​skin, then collects the sweat to taste it and see if it is more salty than usual, in addition, the doctor may recommend genetic tests to check if there is a defect in the gene responsible for cystic fibrosis, as well as check the IRT levels to confirm the diagnosis.

Diagnosis of older children and adults.

Your doctor may recommend CF testing for older children and adults who weren't screened at birth, including genetic testing and a CF sweat test, as well as a number of tests, including:

There is no specific treatment that can completely cure cystic fibrosis, but available medications and treatments can relieve symptoms associated with the condition, and the following is an explanation of this:

Airway clearance techniques help break up and remove mucus, which reduces infection and improves breathing. Techniques include special breathing and coughing methods, oral devices, therapeutic vests that use vibrations to loosen mucus, and chest physiotherapy. These techniques are often used in conjunction with medications including bronchodilators and anticoagulants.

Your doctor recommends medications to open your airways, thin mucus, reduce infections, and help your body get nutrients from food. These medications include:

Surgery may be an option for people with advanced cystic fibrosis, including: